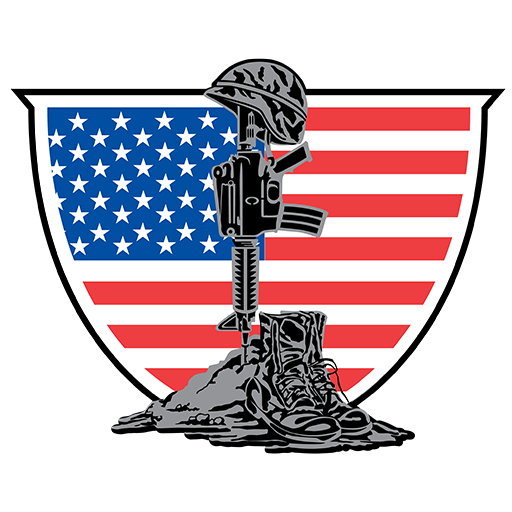 IT'S ABOUT THE WARRIOR FOUNDATION

It’s About the Warrior Foundation was created in 2012 by Founder and Executive Director Steve Monteleone, a seven year United States Air Force veteran. What was just supposed to be a simple golf tournament fundraising event at OLDE STONEWALL GOLF CLUB in Ellwood City, PA for the Injured Semper Fi Fund, has turned into something special in the TRI-STATE AREA for our veterans and their families! Along with the Board of Directors, the ultimate goal of the Foundation is to assist and empower post 9/11 veterans from the Tri-State area.

The funding for these programs is allotted from our fundraising events, donations, and sponsorships throughout each year. We welcome our communities, businesses, and any other interested organizations to support our Foundation each year. To ensure transparency of financial responsibility, we made our 990s available for your review. So you can rest assured that your donations and support go to those who need it most. 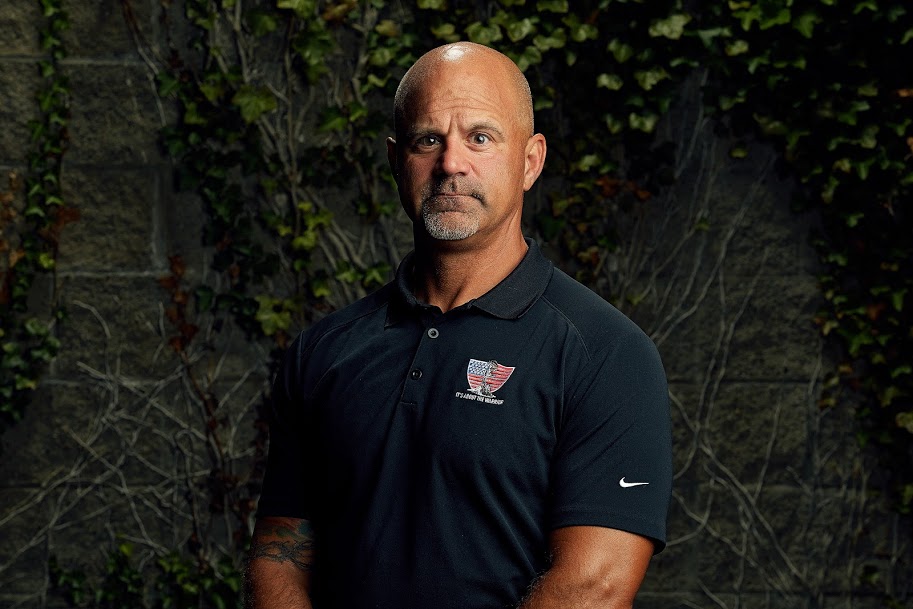 Born in Butler, Pennsylvania, Mr. Monteleone earned his bachelor’s degree in Education from Slippery Rock University and is a former teacher with the Department of the Navy’s Starbase Atlantis educational program from 2001-2013.  Mr. Monteleone enjoys coaching football where he currently is an assistant coach at North Allegheny High School.  He has also coached previously at Penn Hills High School and Butler Area High School. He lives in Wexford, PA area and has a son Trevor, and two daughters Marriah and Emma. 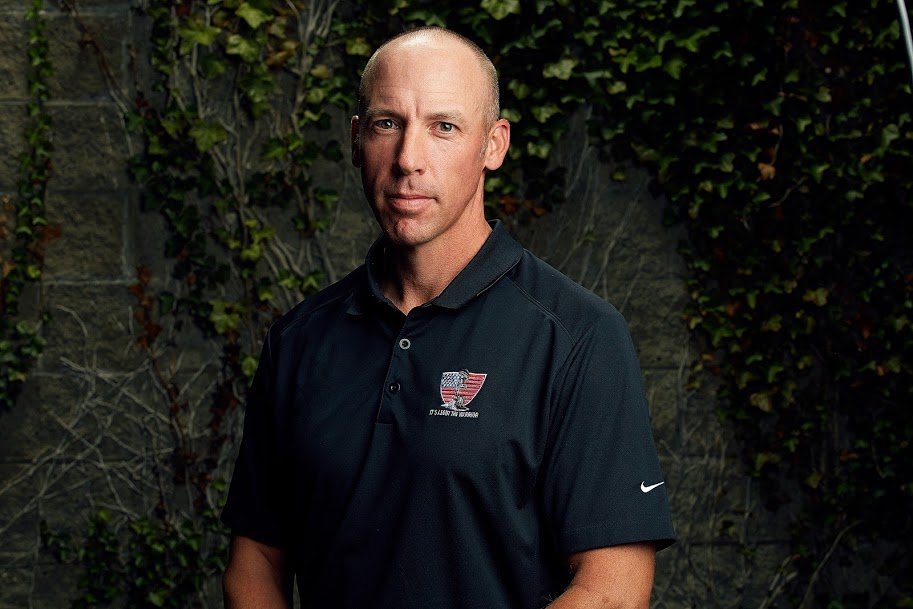 Vice President of the Foundation. Sean was born in Butler, PA in 1975. Graduated from Butler in 1994 and received his bachelor’s degree from Slippery Rock University in 1998. Interned with the University of Pittsburgh football team after graduated from SRU. Sean is the PGA Professional at Olde Stonewall GC in Ellwood City, PA since 1999. Sean enjoys athletics, exercise and the outdoors. He and his wife Stacey reside in Butler Twp with their two children Hunter and Halle. 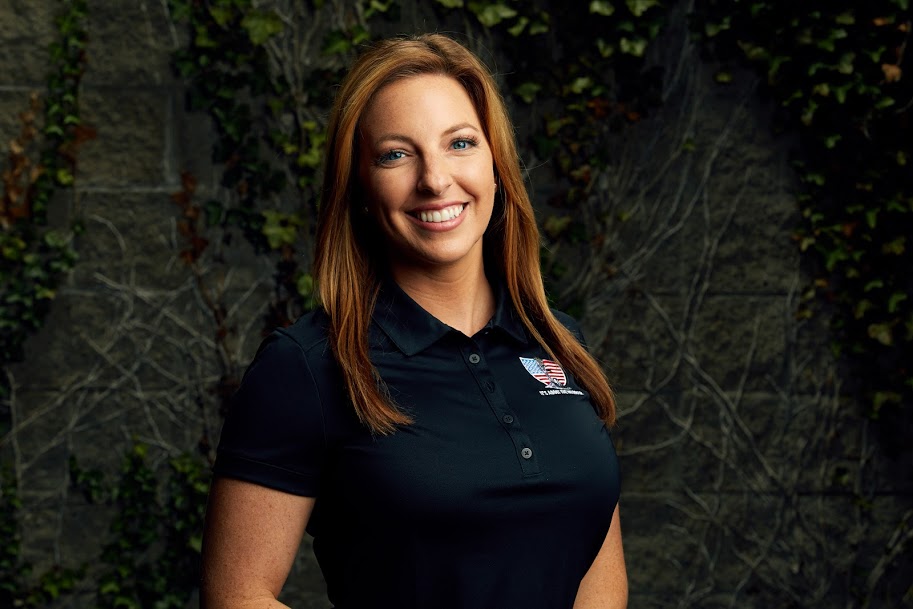 Ashley is a native of Wampum, Lawrence County, and received her B.A. in communication from Bethany College in West Virginia. She earned her broadcast meteorology degree from Mississippi State University.

In 2008, she began her career as a meteorologist at WTRF in Wheeling, W.Va., and worked her way up before arriving at WTAE in 2012.

When Ashley is not predicting local weather on Pittsburgh’s Action News 4, she enjoys golfing, working out, bocce, spending time with family and friends, traveling, baking, and relaxing with her dog, Bubba.

An animal advocate, Ashley raises awareness of animal abuse and neglect and is involved in working with animal shelters to help dogs and cats find their forever homes. 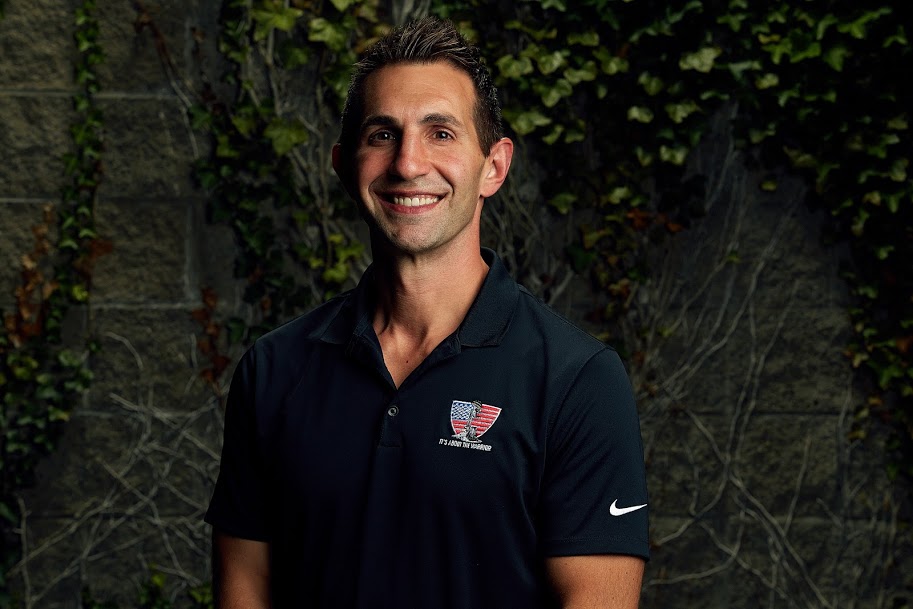 Dr. Thomas J. Burnett, MD graduated cum laude from the University of Dayton in 2002 with a degree in pre-medicine. In 2007, he graduated from the University of Toledo College of Medicine after receiving the United States Air Force HPSP (Health Professions Scholarship Program) scholarship. After completing his intern year of residency at the University of Pittsburgh Medical Center, he served 3 years as a flight surgeon for the 178th Fighter Wing and 445th Airlift Wing at Wright Patterson Air Force Base in Dayton, Ohio. He was awarded the Commendation Medal in June 2011 for his achievements while deployed to Afghanistan in 2010, where he served as a validating flight surgeon of Regional Command South. After his honorable discharge, he returned to Pittsburgh and UPMC to complete his residency in Physical Medicine and Rehabilitation (Physiatry). After graduating in 2014, he became the Medical Director of Legacy Medical Centers. He continues his work with military veterans by sitting on the board of directors for ‘It’s About The Warrior’ Foundation [https://iatw.us/]- a tristate area, a nonprofit organization assisting and empowering all post 9/11 veterans and their families.

His first 4 years were spent with 2nd Battalion, 4th Marines as a Diesel Mechanic working on Humvees.  After briefly returning home and working as a Locomotive Mechanic at Norfolk Southern RR, he re-joined Truck Company in Erie, PA that would later attach to Reserve Unit 2-24 from Chicago, IL that was preparing to deploy to Iraq.

He deployed advanced party, as Platoon Sergeant and Maintenance Chief with the 2nd Battalion, 24th Marines to Mahmoudiyah, Iraq which is part of the infamous, Triangle of Death.  (Latifiyah and Yusufiyah make up the other 2/3).  2-24 was later nicknamed by the insurgents The Madghosts for their lethal reputation.  It was during this time that the historic Elections on January 30, 2005 took place where they assisted in security for voting polls.  While 2-24 lost 14 of 1,200 Marines at this time, the Madghosts killed around 400 Insurgents and sent more than 950 to Abu Ghraib prison.

Sgt. Cerra’s deployment ended in the Spring of 2005.  He came home with awards such as Combat Action, Navy Unit Commendation, Marine Corps Good Conduct Medal, National Defense Service Medal, Iraq Campaign Medal with 2 Bronze Campaign Stars, Global War on Terrorism Service Medal, Sea Service Deployment  Ribbon, Armed Forces Reserve Medal with Bronze “M” Device, Rifle Marksman Badge, Meritorious Mast. Letter of Appreciation and a letter of commendation for taking truck readiness from 10% to 98%.  After which, he returned to his home in Franklin Park and his job at the Railroad.  He continues to live there and now works as a Service Manager for Air Technologies.  He plays hockey for IATW on the Pittsburgh Warthogs team.  He is married to his wife Kelli and they have two sons – Luke and Tyler.

Financial Advisor with Edward Jones, Candice Frantz finds out what’s most important to her clients and helps them with a personalized approach to investing that helps them reach their long-term financial goals.

Born in Marrero Louisiana, Candice moved to the Pittsburgh area about 13 years ago and resides in Beaver Falls with her husband Ryan. When not working she enjoys spending time with family and friends, golfing, playing with her 4 legged children and volunteering her time to help others.

Erin Bick was born and raised in Penn Hills, PA and is also a graduate of Penn Hills School District. After graduation, Erin pursued an undergraduate degree in Elementary Education and Middle School mathematics. After a few years working in the public school setting, Erin began working with Starbase-Atlantis Pittsburgh, teaching at-risk 5th graders in the Pittsburgh area. Starbase was located at the Naval Operational Support Center in North Versailles, therefore the military was an integral aspect of the program. During this time, Erin pursued her Master’s degree in Clinical Mental Health Counseling with the hopes of working with veterans. She completed an internship program in Vocational Rehabilitation at VA Pittsburgh, working with homeless veterans, many battling mental health and addictions. Erin is currently employed with VA Pittsburgh working as a Vocational Rehabilitation Specialist at the Veteran’s Recovery Center in Aspinwall. In her spare time, Erin enjoys spending time with her family and traveling. 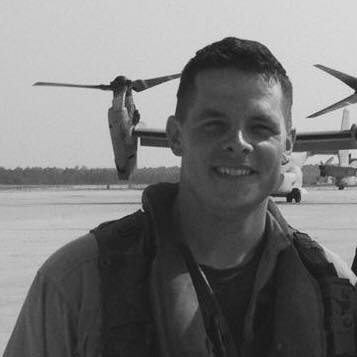 Craig was born and raised in Pittsburgh’s north side am graduated from North Catholic High School in 1994. After high school, Craig enlisted in the Navy and served onboard the USS John L. Hall FFG-32, and as a military working dog handler in Puerto Rico. During his enlistment, Craig completed his Bachelor’s Degree in Criminal Justice from Columbia College, After 6 1/2 years in the Navy, Craig transitioned to the Marine Corps to follow his dream of becoming a military pilot, In 2004 Craig completed Officer Candidate School, The Basic School, and in 2006 he received his wings of gold in Pensacola, Fl. Craig served the next 15 years as an MV-22 pilot operating around the globe, deploying to various locations both on land, and sea. During his tenure as a Marine Corps Officer Craig completed his Master’s Degree in Leadership Studies from Marshall University. Craig retired from the Marine Corps in 2017 after serving as a pilot and White House Liaison Officer for the President of the United States.

Craig is currently a pilot for United Airlines and lives in Warrendale, He is married to Senior Chief Zjaneen Anderson USN, and they have 4 children, Raquel (22), Noah (19), Jack (11), and Evangeline (9). Craig’s interests include golf, hockey, and camping. 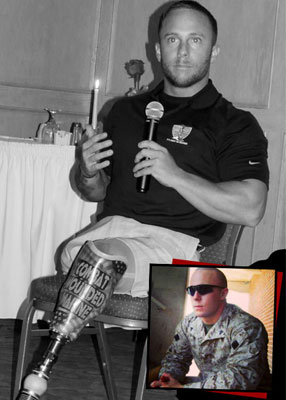 Later deployed to Afghanistan, Corporal Rumbaugh was the squad leader during his deployment, where he suffered multiple injuries from a multitude of IED explosions over a three month period. However, when one of his fellow Marines stepped on an IED while conducting a security patrol around their temporary makeshift outpost, Corporal Rumbaugh quickly geared up, grabbed a stretcher, and headed for the wounded Marine. Nearly 25 meters from the wounded Marine, he stepped on a secondary IED, causing him to lose both of his legs.

He was immediately sent to Camp Leatherneck for treatment, and then to Germany for four days, and finally returned to Walter Reed in the U.S. for therapy.

Spending 16 months at Walter Reed undergoing extensive therapy, Corporal Rumbaugh has returned to his home in Uniontown, PA. He regularly competes in powerlifting competitions, as well as ATV races on his adapted Yamaha YFZ 450 ATV. Brandon has also spoken all over the country while representing IATW Foundation. 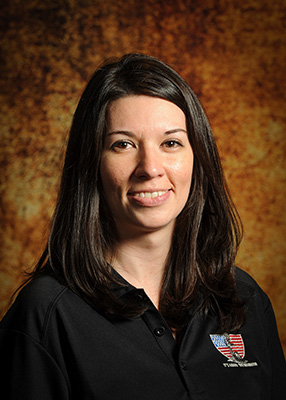 Sasha Mondragon was raised in Wyoming and received her B.S. in Psychology from the University of Utah in 2006. She completed her Ph.D. in Clinical Psychology in 2012 at Brigham Young University. She enjoyed working with Veterans at the VA Hospital in Houston, Texas and hopes to continue to work with Veterans throughout her career. During her postdoctoral fellowship at the VA she received focused training in trauma/PTSD and anxiety. She is happy to have recently relocated to Pennsylvania and to be working with Veterans again through IATW! Dr. Mondragon is a licensed psychologist in the state of Pennsylvania (License # PS017538). 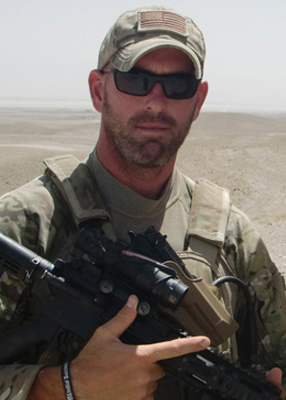 Master Sergeant Michael Sears is an eighteen-year combat veteran of the United States military. MSgt Sears has served with both the United States Marine Corps and United States Air Force. He currently serves as an Explosive Ordnance Disposal Technician with 177th Fighter Wing Atlantic City, NJ. After returning from combat, he was awarded the Bronze Star and Purple Heart for actions he took during combat missions.

Thirty-six years old and born and raised in New Jersey, MSgt Sears has been deployed overseas on four separate occasions both as a Marine Infantryman and an EOD Technician with the Air Force. MSgt Sears is one of the highest decorated Airmen in his career field. He has over 200 explosive related combat missions and has defused over 100 Improved Explosive Devices (IED). He has been honored with multiple awards including the USO George Van Cleave Leadership award, Enlisted Association CMSgt Richard W. Spencer outstanding NCO of the year award, Military Officers Association of America Outstanding Non-Commissioned Officer and the 177th Outstanding NCO of the year award.

He is currently employed with the Department of Homeland Security Pittsburgh office as an Explosive Security Specialist. MSgt Sears currently resides in Beaver, PA with his loving wife Jen and three children, Mike age 9, Alexis 7, and Mikaela 5. 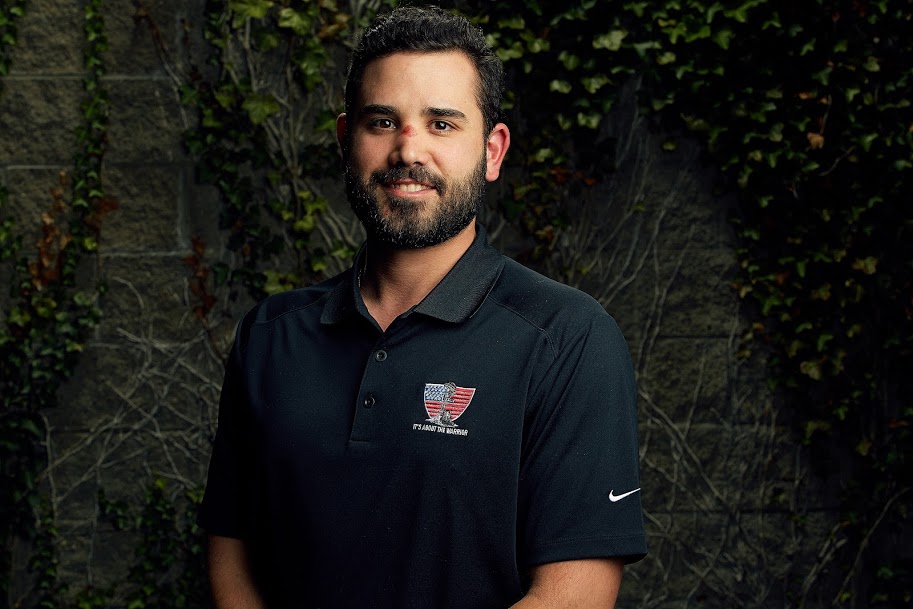 Treasurer and Legal counsel of the Foundation. Patrick is a native to Butler, PA, and graduate of Butler Area High School (2003), Robert Morris University (B.S.B.A., 2007) and Duquesne University School of Law (J.D., 2010). He is currently employed at the law firm of Dillon McCandless King Coulter & Graham, LLP, and a member of the Butler County and Pennsylvania Bar Association.

Patrick is an avid sports fan—coaching, playing, and watching hockey as often as he can. He is actively involved in the local high school hockey organization and is the head coach for the Butler Golden Tornado hockey team. Patrick and his wife Brittnee reside in Butler County.

It's About The Warrior 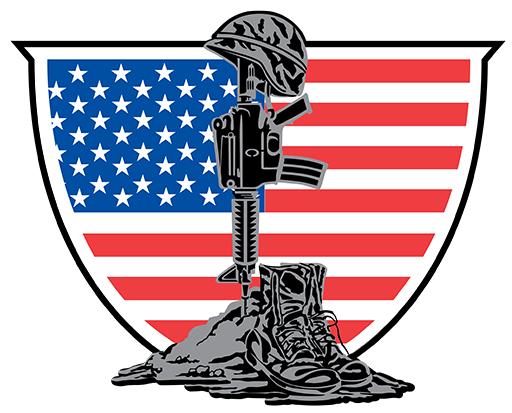